Home › Homelessness › A Home, A Job, A Friend

More than 20 years ago, I was the Housing Developer/Rental Subsidy Administrator for a non-profit mental health agency.

We worked hard and were as creative as we could be, to reduce the challenges faced by homeless individuals, particularly those with severe & persistent mental illness, because it was clear that such individuals would often end up in jail (where they didn’t belong and didn’t get treatment), in the ER, and/or as “revolving door” clients of what was then known as AMHI.

Yet more than two decades later, the problem persists.  Obviously we can’t keep doing the same old same old because it’s expensive – and it doesn’t work.  Food, clothing and shelter are at the very bottom of Maslow’s hierarchy, the greatest needs any individual must have satisfied before they can move beyond their current situation. Yet, we have people without shelter who drain the resources of the taxpayers, while living marginal and often chaotic and dangerous lives. (Granted, there are those who prefer this method of living off the grid, but most do not.)

Thirty years ago, before the housing job, I worked in Central Office for what was then called DMHMRSAS (Dept of Mental Health, Mental Retardation & Substance Abuse Services). The Department of Mental Health in Vermont had just completed a study – I forget what it was called – that determined that what people with mental illness want are the same things we all want: a home, a job and a friend.

“Home” doesn’t have to be a 3-bedroom, 2.5 bath house with a white picket fence out front. It only needs to be a place that someone can call his or her own, even a single room where one can safely put one’s belongings, decorate, and feel comfortable.

“Job” doesn’t mean a paying corporate position; it means having value, having a purpose… it can be working, yes, but it could also mean volunteering or being a loved parent or grandparent.

And “Friend” could just as easily be one’s pet, as we’ve all seen in the heart-warming but terribly sad stories of homeless individuals who will protect their dog at all costs.

An article in today’s Portland Press Herald is absolutely right on target.

It’s time to stop the same old, same old and try something different. 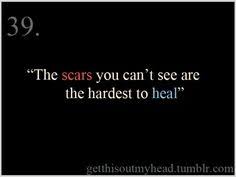 A site for suicidal individuals and their loved ones, survivors, mental health professionals, & others who care

I have people to kill, lives to ruin, plagues to bring, and worlds to destroy. I am not the Angel of Death. I'm a fiction writer.